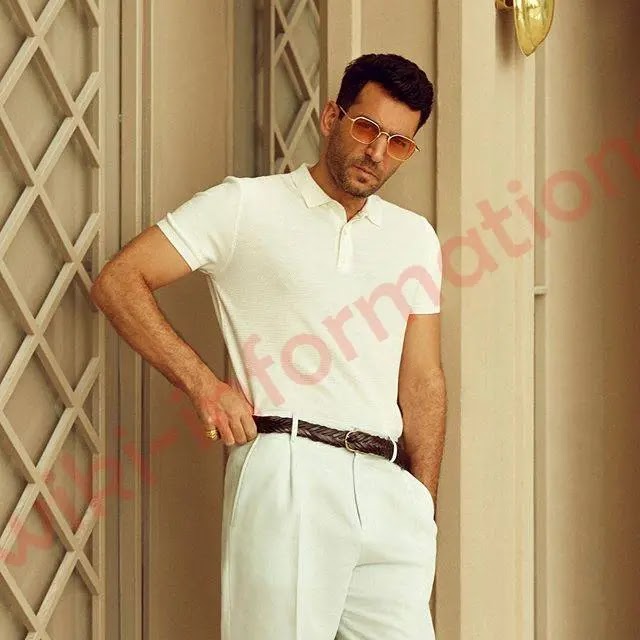 A lot of information about Murat Yıldırım, who is famous for a number of roles, including “Kartal”, the hero of the series “Queen of the Night,” so that we know his date of birth, age, religion, nationality, wife, children, artistic career, movies, and series, all of this in a detailed report on him.

The ID card of the representative, Murat Yıldırım

Date of birth: 13-4-1979.
Age: 41 years.
Place of birth: Konya.
Nationality: Turkish.
His religion: Islam.
His study: Mechanical Engineering.
His wife: Iman Albani.
When did his acting career start: He started his career in 2003.

Turkish actor Murat Yıldırım was born in the city of Konya, the astrological sign is Aries, he started interest in music and theater at a very early age, which led him to join the drama department in high school, he played drums in the school band and loved mathematics a lot, he joined Yildiz Istanbul University Department of Mechanical Engineering His father used to work as a teacher, and he gave him a role in the school play, he started acting in 2003.

Turkish actor Murat Yıldırım loves acting strongly, after graduating from the university, he decided to start his career in the artistic field, and took the first step in performing through the university theater, entered the amateur theater for three years, and was able to enter the world of performance and television through his colleagues in the theater, when he took over For the first time, a TV role in 2003, he was recognized by Arab fans for his role in the series “Asi” and gained wide popularity through him.

Actor Murat Yıldırım participated in his first starring role in the famous Turkish series The Storm, which received a high rate of viewership on the Egyptian and Turkish screens, was dubbed into Arabic to be shown on Arabic screens in 2007, and the actor Murat Yıldırım starred with the beautiful actress Burchin Terzioglu.

The series revolves around the young Ali, the actor Murat Yıldırım, and a girl named Zainab, who love each other very much, and fall into many difficult problems, and they face them together, and the events follow from ebb and flow in a comic form.

Murat Yıldırım and his family

The actor, Murat Yıldırım, belongs to a Syrian mother who speaks Arabic with the Syrian accent, and his father is from Mardin, the border city of Syria and Iraq. She joined Turkey through the second Ankara Agreement, this means that his father’s origin is Syria, as Murad spoke about his Syrian origin proud of him, and said: Half on the right is Syrian, and the other on the left is Turkish. ”

Murat Yıldırım and his wife

The media talked in 2008 about the marriage of the Turkish actor Murat Yıldırım to the Turkish actress Burchin Terzioglu, as the famous Turkish series “The Tempest” was combined, and they separated in 2014, and in 2016 they got married again to Miss Morocco actress Iman Albani, And they continued their relationship until now.

Murat Yıldırım Does he have children?

The Turkish press and magazines talked a lot about the coming of a child to the artist Murat Yıldırım, they tried to hide the news from the media for fear of envy after they lost their child after a miscarriage during pregnancy last year,

But this did not prevent them from sharing the good news with their families only, the newspapers talked a lot about His wife had a miscarriage several times after their marriage, but now they are waiting for a new baby, and this news has not been confirmed by Murat Yıldırım.

Participated in the movie The First Kiss.
He made the movie Eternal Love

Actor Murat Yıldırım presented the series “Asi”, and co-starred with actress Tuba Buyukustun, actor Cetin Taekwondo, and a large group of senior actors in Turkey. The series revolves around a girl named “Asi” who lives with her family on the grandfather’s farm, and she has sisters Rola, Faten, Juhayna, this girl met a young man named “Amir” who is the actor Murat Yıldırım, the story of their love and marriage began, and then they separated from each other, and this is because of a young man named “Ali” loves Asi, but Amir’s sister loves this young man.

Faten fell in love with Karim and married him, But after a while she discovered that he had betrayed her, then she left him and began to fall in love with “Zafer,” as for “Rola”, she is a spoiled and beautiful naughty girl. And they return to the end to each other, and the events of the series revolve between ebbs and flows, in an interesting dramatic framework, and the series was dubbed into Arabic to be shown on Arabic screens in 2007, and the series achieved widespread success in the Arab world, which led to its fame tremendously.

Actor Murat Yıldırım participated in his last artistic work this year, the series Ramo, in which he presented a character different from the rest of his work, the actor appeared in a poor neighborhood full of injustice, and he was famous in the series as the character of a brave young man named “Ramo”, this series was shown on Turkish channels.

In 2020 on the Turkish channel Show TV, and it is shown so far on Turkish channels, with the participation of the actor Murat Yıldırım with actress Isra Bilgic, actor Ilker Exum, and a number of Turkish actors.

Ramo, is a Turkish television drama series that began airing on January 14, 2020, on the Show TV, with the starring Murat Yildirim, Israa Bilgic, Ilker Exum and Egit Ozener.

The series revolves around Ramo, a good-hearted man who is sometimes tense and violent against evil and error, despite his contradictions.
Written by Yilmaz Shaheen and directed by Yaz Alp, the series brings viewers together with a story they will not forget for years. Next to Murat Yildirim, who gave life to ‘Ramo’.

The series, woven with exciting and emotional scenes, received full marks from viewers. Ramo’s exceptional life, which challenges injustice and places love before everything else, and a deep struggle on the axis of family, justice, revenge, friendship and love, will come to the screen with Ramo and his exciting story.